Francisca Damiana Soares de Barros, 50, unemployed and Elenilson Lopes de Sousa, 46, general assistant pose for a photo at their home in Paraisopolis favela on March 31, 2021 in Sao Paulo, Brazil. The couple lives in a 15m square wooden shack with no bathroom, windows or kitchen. They have been unemployed for a year, and didn't receive the government's emergency aid and depend on donations from neighbors and NGOs to survive. Brazil undergoes an economic crisis worsen by effects of the pandemic, which has already taken over 315,000 fatal victims. In 2021, 45.6 million people will benefit from the government's emergency aid, 22.6 million less than last year. The amount has fallen to much less than the cost of basic food, hygiene and cleaning items that families need. According to a survey conducted by the "Instituto Data Favela", 70% of favela residents do not have money for food and are currently surviving on less than half the income they obtained before the pandemic. As reported by Elizandra Cerqueira, a community leader and coordinator of the fight against hunger in the G10, the number of donated meals in the Paraisopolis Favela, which at the beginning of the pandemic reached 10,000 units per day, have dropped to 700 since January this year. 'G10 Favelas' is a group formed by the ten richest communities (Favelas) in the country comprised of social impact leaders and entrepreneurs in favor of economic development and the protagonism of communities. (Photo by Alexandre Schneider/Getty Images) 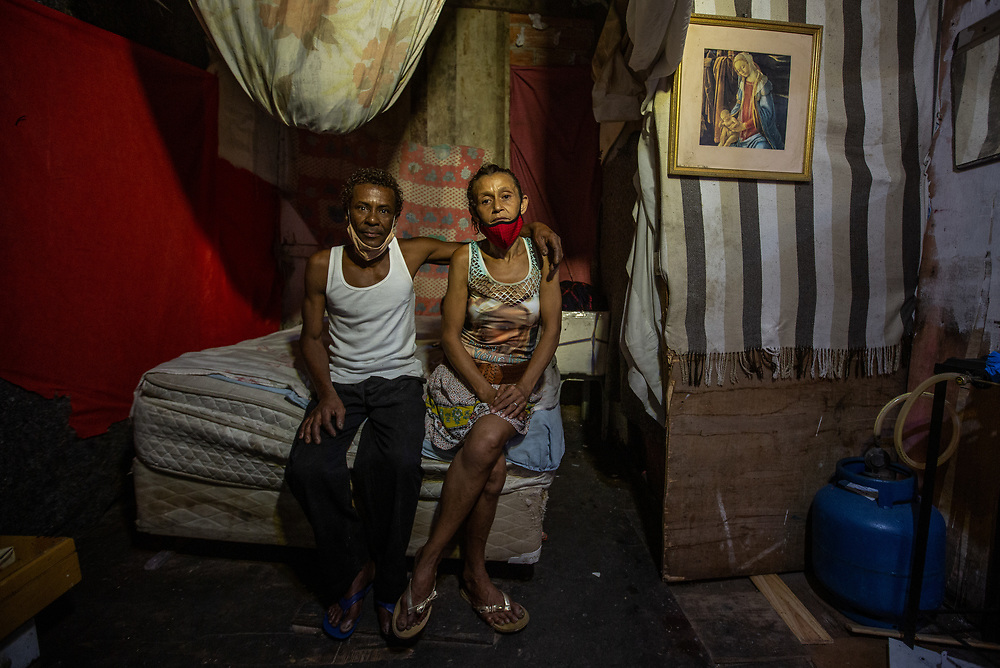